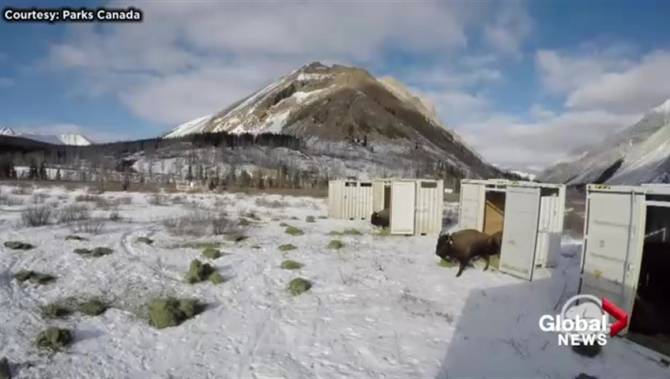 WATCH ABOVE: Parks Canada has released this footage of the successful relocation of bison from Elk Island National Park to Banff National Park

After more than a century, wild Plains bison are back in Banff National Park.

On Feb. 1, 16 Plains bison were transferred from Elk Island National Park, east of Edmonton, to the Panther Valley in Banff National Park.

Parks Canada called the “historic homecoming” an “important celebration of the environment and culture of Canada’s first national park, and a momentous way to celebrate the 150th anniversary of Canada’s Confederation.

“Our government is committed to preserving and expanding our national parks and protected areas and contributing to the recovery of iconic Canadian species,” said Catherine McKenna, minister of Environment and Climate Change.

“This is a historic moment and a perfect way to mark Canada’s 150,” McKenna said.

WATCH: It’s been eight years in the making, but bison are back on the landscape in Banff National Park. Jayme Doll has more on the historic effort to realise the dream. 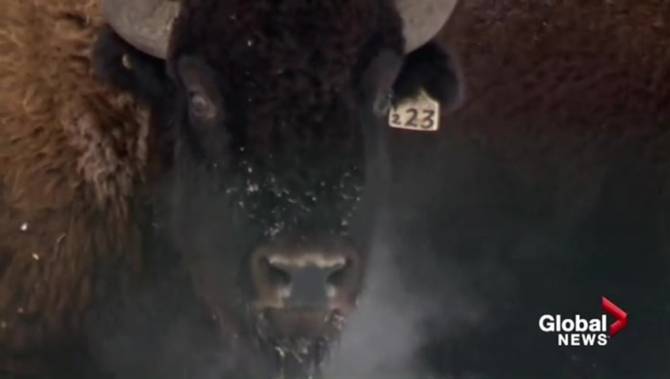 The government agency said the reintroduction is not only ecologically important, but has a “great spiritual meaning” for ndigenous peoples.

The herd will remain in an enclosed pasture for the next 16 months, so that the animals can calve twice and bond to their new home.

After that, the pasture gates will be opened, allowing the herd to explore the entire reintroduction zone.

For thousands of years, vast bison herds roamed the Prairies and the eastern slopes of the Continental Divide, including the area that is now Banff National Park.